The development of the cloud-connected eNose: SpiroNose

The scientific development of the ‘SpiroNose’, a technically and clinically validated electronic nose specifically designed for use in the doctor’s office, is the result of the combined efforts of the multidisciplinary team of researchers from the Amsterdam University Medical Centers (UMC), location AMC, under the continuous guidance of professor Peter Sterk.

Breathomix was founded in 2018 by members of the Amsterdam UMC research group and as a medical technology manufacturer, it aims to bring breath analysis to clinical practice by meeting all relevant requirements both nationally and internationally for the development and production of medical devices. We strongly believe that with our multidisciplinary team and carefully selected technology partners, we can bring breath analysis from a research environment to the patient.

The timeline in Figure 1 shows the continuous development of the SpiroNose:

Prototype I, Amsterdam UMC, 2014 – The first prototype included 2 USB sensors and was used to perform a technical proof-of-principle study. The Amsterdam UMC research group tested the most optimal position of the sensors and investigated if the ambient air had an influence on the sensor signals.

Prototype II, Amsterdam UMC, 2015 – The second version included 6 different metal-oxide semiconductor (MOS) sensors. Using a GSM-module, the sensor signals were sent in real-time to an online server for storage.This prototype was used to perform an extensive technical validation study. In addition, the first single-centre study in asthma, COPD and Lung cancer patients was performed. This study (De Vries et al. J Breath Res 2015) confirmed reproducibility and repeatability of the SpiroNose (hardware and software) and transferability of the algorithms between SpiroNose devices.

Prototype III, Amsterdam UMC, 2016 – Based on the findings from the technical and clinical validation study in patients with Asthma, COPD and Lung cancer, Amsterdam UMC developed the third prototype of the SpiroNose. This version included 7 different MOS sensors and was connected to an online database by an ethernet cable for online storage of the sensor signals. This prototype was used in a large collaborative research project by Amsterdam UMC together with its partners in first-, second- and third-line care throughout the Netherlands. With this study, Amsterdam UMC reached technical and clinical proof-of-concept for the SpiroNose, demonstrating that it can reliably diagnose and phenotype asthma/COPD patients (De Vries et al. ERJ 2018) and predict response to immunotherapy (De Vries & Muller et al. Ann Oncol 2019).

Prototype IV, Breathomix, 2019 – The fourth generation of the SpiroNose is linked to an AI powered cloud-solution, BreathBase, which enables automated analysis of the sensor signals to provide immediate feedback regarding the most probable diagnosis in the doctor’s office.

The newest generation of the SpiroNose includes 7 different MOS sensors and can be used as an add-on to routine spirometry or as a stand-alone device. We optimized the design of the SpiroNose and prepared all the required technical documentation for CE-marking and roll-out to other (inter)national research groups.

To enable real-time analysis of the sensor signals, the SpiroNose is connected to BreathBase, which includes a reference database filled with breath profiles and clinical characteristics of thousands of patients with a known clinical diagnosis. In a large number of centers in Europe, Australia and North America, the SpiroNose has been included in clinical research projects in combination with BreathBase. During these ongoing projects, the number of breath profiles in the online database will increase. At the same time, the self-learning analysis algorithms based on AI are further optimized. The combination of an easy to use eNose, advanced signal analysis and an extensive reference database infused with AI makes diagnostic and phenotypic information accessible during the actual patient consultation.

2020 & onwards – We continue our developments on both hardware and software based on i.e. the input of our Users. Current developments focus on optimization of the calibration methods, machine learning algorithms and user experience.

It should be emphasized that success depends on the expertise and reliability of the data from the clinical centers using it.  We believe that together with the help of our collaborators from all around the world, we can bring breath analysis to clinical practice to improve patients outcomes and their overall quality of life by providing accurate diagnostic and phenotypic answers and by aiding the physicians in selecting the right treatment at the right time for the right patient. 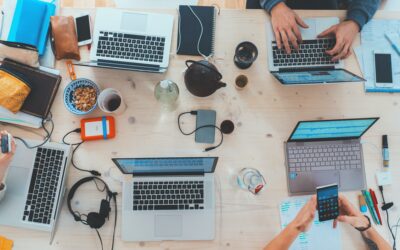